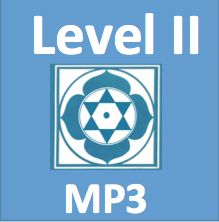 Frawley notes the relationship that exists between Ayurveda & Jyotish.  He also briefly discusses "Medical Astrology." He points out that using the birthchart and the modern medical terminology and diagnosis as incompatible since they do not refer to the same thing, each speaking their own language.  Ayurveda is based on similar principles as Jyotish and does not conflict. He also notes that when analyzing the birth chart, it is the physical and mental well-being of the that person one should be outlined first. He further points out that the birth chart is more a psychological rather than a physical document, since the mental patterns are more difficult to change.

This item is part of the following bundle consist of 41 items. It may be more economical to purchase the bundle rather than purchasing individual items.